You awaken to headlights shining in your bedroom window in the middle of the night.  You hear the familiar bang of an amp against the screen door, followed by a string of four-letter words.  “Good,” you think to yourself, “he made it home again.”   By the time you hit junior high, you’ve already seen the old man play a thousand gigs, and you’ve chosen to follow in his footsteps.  And your mother is a singer.  Both their triumphs and tragedies beckon you into a world where there’s never enough money, but more wealth than anyone could ever imagine.

By his eleventh birthday, Jefferson Thomas had already surrendered, sitting in on bass on his parents’ gigs.  At fifteen he was playing guitar and singing professionally all around the US.   With the money he had packed away from playing out as well as a music scholarship, he headed off to college.  While there, he interned in the music school’s recording studio and practically lived there while recording his first release.  “I was nineteen when I put out my first CD”, says Thomas.  “It's probably still out there somewhere, which makes me feel queasy.  I don't think I even still own a copy."  A thousand gigs later he had refined the “blue-eyed soul” vocal style that today sits atop his rich amalgam of indie-pop and Americana.

One word can be used to describe Jefferson Thomas' music: American.  It is quite literally a “melting pot” – of the places he’s been and the things he’s seen, heard, and felt.  "I listen mostly to new people making new music, and there's a lot of great stuff out there.  I also love to listen to old music; retro R&B and soul, vintage country, classic rock, whatever," Thomas muses, "but I don't just want to parrot that stuff.  Those classic records are classic for a reason - they were good!  If we want to honor them, let's all try to make good new music.  If we're lucky, maybe somebody will be listening to us twenty-five or fifty years from now."

Jefferson’s live video of his song "Jacksonville" from an NPR broadcast went viral and introduced him to audiences worldwide.  As a result, he embarked on his first European tour, and has subsequently toured overseas every year since, constantly breaking new ground and growing his fan base.

Jefferson has a brand new album on the way, featuring a guest appearance by John Popper of Blues Traveler (see below).  Stay tuned!

THANKS FOR THE TIP! 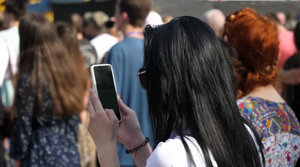 Did you land here because you clicked on the QR code at a Jefferson Thomas show and wanted to send a tip?  That's much appreciated...but take some music with you!  In the time it would take you to send a tip via Venmo or PayPal, CLICK HERE and  you can leave a tip - and the JT album or single of your choice will be instantly sucked right into your phone!